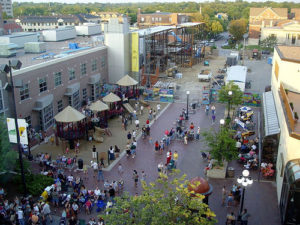 Iowa City is among the top 10 cities in the country in which to live, work and play, according to a new ranking by the website,Livability.com. The city also has appeared on the company’s top 10 lists of best college towns, best cities for book lovers and best cities for affordable health care.

“Each of these cities is a great place to live,” Matt Carmichael, editor ofLivability.com, said in a news release. “Not every city is perfect for everyone, of course, but these are the top five percent, and somewhere in the top 100, you’ll find a great fit to call your best place.”

Ranked No. 9 on the list, Iowa City was praised for its health care options, infrastructure, transit, parks and co-working opportunities. It also made the list because of the presence of the University of Iowa’s Iowa Writers’ Workshop and the city’s designation by UNESCO as a City of Literature.

“This is a great time to study livability,” Carmichael said. “Cities large and small are renewing their focus on improving the day-to-day lives of residents through better transportation, more vibrant downtowns, affordability and accessibility for a range of residents. As a site that covers these issues each day, we take special pride in recognizing the cities that are achieving these goals as the best of the best.”