Tariff’s: Do they help businesses with global competition or are they killing American business? 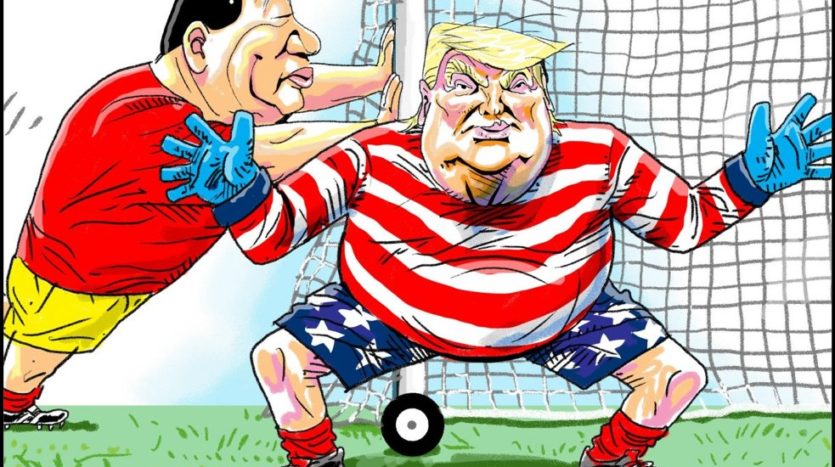 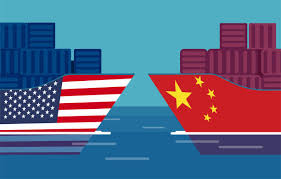 They are killing American business.

We pay for them.

If we buy less of those products because they are more expensive, then the theory is our domestic companies will begin producing and selling those products and Americans win and other countries lose.

That’s not what happens.  We are a global economy and we depend on selling our products internationally and other countries depend on buying our product and natural recourses.  We are now in a full-blown trade war.  We do not live in a vacuum, so our tariffs paid for by Americans are met with tariffs imposed by other countries on our goods, so we sell less of them.  In 2017, American farmers sold 21.4 tons of soybeans to China.  This year, our farmers sold about 8.2 tons of soybeans to China, a fraction of the previous sales.  China is a huge country and is run by a central government that has sought other sources of products so when the trade war is over, our sales to them won’t come back.

The trade war is hurting American companies and we will probably not recover when we stop this nonsense.

Here is a well written article from the SIOR Report from Fall 2019 titled “Economic War on Tariffs”.

Commercial real estate brokers shouldn’t ignore the tariff situation. If the industrial market hadn’t been so strong these past couple years, transaction business and corporate expansion would have already slowed.

For every tariff the United States imposes on imports from a foreign country, a retaliatory

tariff is placed on American products sold abroad. If this sounds like economic war, it essentially is and in every type of conflict there is always collateral damage. Let’s look at one unexpected area where tariff wars are hurting real estate brokers: the businessman’s lunch.

When the United States imposed a tariff on steel and aluminum imports from the European Union, the retaliation was a 25% tariff on Harley motorcycles, U.S. whiskies, and other goods. Brown- Forman—the maker of Jack Daniels and other liquors—reported the tariff situation is costing the company $125 million, according to the Wall Street Journal.

If the threatened tariff on Mexico had not been retracted in June 2019, it would have been hard for restaurants to cheaply source avocados and other vegetables and fruits grown south of the border. Avocado toast could have disappeared from menus.

IF THIS ALL APPEARS SILLY, IT’S NOT.

There is a caution here for brokers of commercial real estate. Robert Hand, SIOR, a broker with Louisiana Commercial Realty in Metairie, La., produced a report explaining that “tariffs steal money out of consumers’ pockets by causing prices to increase, stifle creativity, reward inefficiencies, and destroy the competitive drive that allows a free market economy to deliver cheaper, smarter, and innovative products.”

Tariffs increase the costs of what your tenants sell, so higher prices cause consumer

demand to decline. A manufacturer faces declining sales, so to cut costs it will first take the easy route: seeking rent reductions or curtailing expansion. Again, according to the Wall Street Journal, the tariffs—particularly on steel—have cost General Motors and Ford billions of dollars each.

It’s not just the manufacturer; the retail sector will be affected as well. “What we are talking about,” says Hand, “are companies such as Amazon, Wal-Mart, [and] Home Depot that utilize huge warehouses to store inventory, and when consumers demand a product, inventory is taken out for shipment. Tariff-caused price-increases will be passed on to consumers who are going to buy less at retailers such as Wal-Mart—and that means stocking less inventory and possibly a reduction in warehouse space.” The good news is that it takes about a year for the effects from tariffs to enter the system and another year for individual companies to start right-sizing warehouses, says Hand. On the other side of the coin, the bad news is the industrial sector will be the first to get hit as the need for warehouse space will decrease.

Hand isn’t the only one researching the tariff situation to get ahead of the curve. Geoff Poston, SIOR, vice president of the Cushman & Wakefield | Thalhimer Virginia Beach Industrial Group, checked in with the Port of Virginia in Hampton Roads, an important contributor to the local economy. “The port’s response is that it is closely monitoring the current trade environment and the effects any additional tariffs might have on its business,” says Poston. “It’s forecasting shows that an estimated 4.8% of cargo moving across the port would be impacted by the latest round of U.S. tariffs (as of May 2019).”

China is the port’s largest trading partner, and collectively, Chinese exports and imports—subject to tariffs—represent 16.2% of its total TEU [twenty-foot equivalent unit] volume.

Short- and long-term, the port is taking the tariff situation into serious consideration, Poston continues. “It is diversifying its cargo mix, which is something the port has been planning for some time, but now hedging its bets in a challenging trade environment.”

Poston also queried a 3PL [third-party logistics] provider, handling shipping and receiving for manufacturers and other clients—including one that imports pigments for dying from South Korea. For this particular client, tariffs caused the importation of pigments from South Korea to no longer be economically feasible and the client turned to a domestic company. The concern for some companies is that domestic providers are working from inventory and a change in pricing would come when new inventory is needed.

“The trade environment is on everyone’s radar,” says Poston. “It’s affecting certain industries—such as agriculture—immediately. Other industries have experienced no effect so far, but there will be in the near future.”

Another broker talking about the tariff situation with associates is Jim Steinbauer, SIOR, vice president/realtor with Steinbauer Associates Inc. in Lakeland, Fla. “I have a good client in the stainless-steel business in Lakeland and we were discussing the tariff situation back at the beginning of the year,” says Steinbauer. “My client testified in front of Congress last fall. He said the tariff on raw materials and different costs of production has raised his costs, which he has been able to pass on. So far, his customers have accepted the higher costs.”

Also accepting the higher costs and passing them on are developers, Steinbauer adds. He recently sold a 9.5-acre parcel to a manufacturer, who was going to build 100,000 square feet. It will be a steel building and despite the higher costs, the project is going forward. Steinbauer assumed the costs of the steel was locked in as early as last year, although the recent scare about Mexican tariffs caused a bit of worry.

During that kerfuffle, the U.S. lifted the steel and aluminum tariffs imposed on Canada, which will in turn withdraw the retaliatory tariffs it levied on billions of dollars of American imports.

Construction prices are going through the roof, says Poston. “While labor is a challenge, most contractors cite tariffs as an issue,” he shares. “Steel prices are up although everyone has been able to pass the higher costs through to the consumer. A domestic manufacturer I spoke to buys most of its metals in the U.S., but prices have increased so steeply it has negatively affected margins. He has been forced to increase pricing twice in one year.”

According to the Washington Post, in 2018, U.S. companies went on a hiring spree, adding the most new employees in more than two decades as a good economy caused demand to rise. Unfortunately, so far this year manufacturers added so few jobs the sector has seen the weakest gains since before the current presidential administration. Hiring in the manufacturing sector could become a concern if it starts to affect physical expansion by U.S. companies.

As every commercial real estate broker knows, the rising cost of steel and other tariffs has meant construction costs have vaulted and continue to do so, but the need for new industrial space has meant those costs have just been absorbed. How long that will go on is the big question. The boom in the industrial sector hasn’t diminished yet, says Steinbauer. “Developers are spending money to build new warehouses, but what happens next depends on whether they can get the increase in rents to match the higher costs to build.”

Poston adds, so far, he’s seen no adverse impact to new construction in the industrial sector, “but it is something we are closely watching.”

As every commercial real estate broker knows, the rising cost of steel and other tariffs has meant construction costs have vaulted and continue to do so, but the need for new industrial space has meant those costs have just been absorbed. How long that will go on is the big question.

By Steve Bersman, sponsored by the SIOR foundation