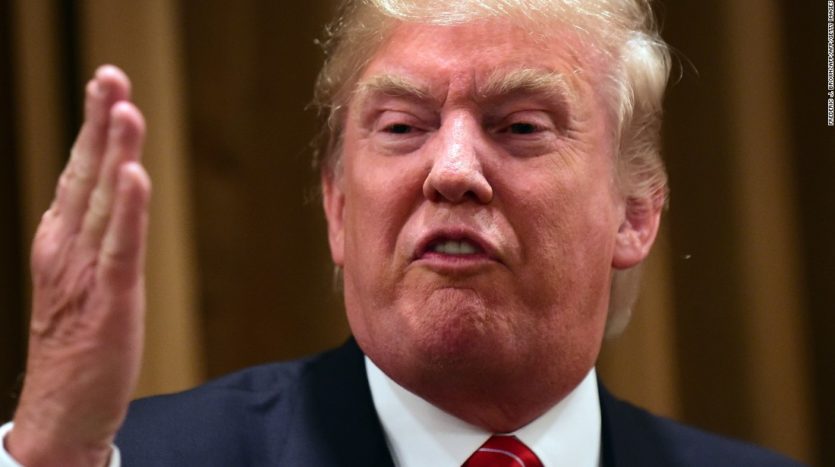 President Trump and the Republican congressional leadership have proposed a new tax bill. The bill consolidates some income tax rates, lowers the corporate tax rate, reduces the tax rate for certain pass-through businesses, eliminates the estate tax and takes away many long-established deductions and exemptions.

Now, I’m not making a political statement here. I’m not writing as a Democrat, or a Republican, a BernieBro or a tea party patriot.

I’m just writing as a real estate industry professional. And I’m writing to other real estate professionals to say — this bill is really bad for you and your clients, and you should be doing everything you can to fight it.

It’s almost a joke, a pastiche of anti-housing policies, a ghastly tapestry stitching together a patchwork of terrible ideas that are going to severely depress real estate markets across the country at a time when homeownership is already at a historic low of 63.9 percent.

Why? Well, it’s bad enough that the tax bill will negatively impact property values by reducing the mortgage interest deduction, changing the capital gains extension on residences, capping property tax deductibility and some other terrible stuff. That’s bad for homesellers, homebuyers, homeowners — and us — because what’s bad for all of them is usually bad for us.

But even worse than that, the new bill actually makes it more expensive to move! And that’s not good. We want people to move. We make our living when people move.

So we need greater motility, not less. Indeed, most of the markets in this country need inventory because homeowners with historically low interest rates already have a lot of incentives to stay put and hold on to those rates.

But this bill is going to hurt housing in a lot of ways.

The bill reduces the value of the mortgage interest deduction — but for new buyers only!

The tax bill lowers the mortgage interest deduction cap from $1 million to $500,000, which will particularly impact people in high-priced markets (and luxury buyers elsewhere in the country). Owning a high-priced home is going to be a lot more expensive under the new law.

Now, I get that the mortgage interest deduction is not the most economically efficient housing tax policy. It’s regressive, helping only wealthier taxpayers because most lower-income homeowners take the standard deduction rather than itemize.

It doesn’t necessarily incentivize homebuying, it just encourages people to buy larger houses. I know all that. So if Congress wanted to get rid of the mortgage interest deduction entirely, I wouldn’t love it, but I could live with it.

But the new bill does something really, really stupid — it puts the $500,000 cap on new buyers, but keeps the $1 million cap for existing homeowners. On its face, it’s an attempt to be fair, to help current homeowners preserve a tax break they depended on when they bought their home.

Think, though, about what that does for motility — the rate at which people move. If I own a home with a mortgage between $500,000 and $1 million, I can now deduct all my mortgage interest.

But if I sell my home and buy something else that’s the same price, or more expensive, I’m not going to be able to deduct as much of my interest as I do today.

So why move? I’ve probably got a great rate. I can deduct maybe all of my mortgage interest. And most of my payments for the next 10 years or so are interest payments.

In other words: bad for sellers, bad for new buyers, and bad for agents and brokers.

The bill requires people to say in their homes longer to get the capital gains exemption.

So what does the new tax bill do? It makes you stay in your home longer — you have to own and live in the home for five out of the last eight years. On top of that, you might not even get the exemption if you make too much money.

Now, I get that most people aren’t lucky enough to generate more than $250,000 of capital gains by living in a home for just two years. So I’m not sure how many people this will affect.

But that’s sort of the point. How much money could we be saving by requiring someone to live in a home for three extra years in order to claim the exemption? Why should it matter? And if it’s a small amount, why put that disincentive to moving in place?

But that’s changing with this new tax reform, which eliminates the deduction for state income taxes — and puts a $10,000 cap on deductibility of property taxes.

Now, for some people, this might not be a big deal. Depending on where you live, you might be thinking, “well, that should be enough, what kind of idiot would buy a house with more than $10,000 in property taxes?”

Two thumbs pointing at this guy. And at everyone who lives in my neighborhood, county, and frankly, region.

I pay a lot more than that every year in property taxes. I’m not going to tell you how much because it’s embarrassing. But I live in New York, which has some of the highest property tax rates in the country. So it’s something I deal with, both as a homeowner and a real estate professional.

Maybe you’ll discount this because you live in a low-tax state, and you won’t be impacted. But for a lot of people, this change makes it much more expensive to own your own home. And that’s not good for housing generally.

The bill eliminates the deduction for moving expenses.

OK, this is a small thing, but it’s just adding insult to injury — the bill eliminates the deduction for moving expenses.

Right now, you can deduct expenses if you’re moving for a new job or a transfer for your existing job. This may not seem like a big deal, but when your move costs you upward of $10,000, that might mean a deduction worth $3,000 or $4,000.

No, it’s not going to make the difference between someone moving and not moving, particularly if you get transferred or take a new job.

I don’t think many people are going to decide to stay put because they can’t deduct their expenses anymore. But it’s just another example of how this new bill depresses the incentive to get a new home.

If you work in a second-home market, realize that this bill just reduced the value of every home in your market.

Why? Well, figure that anyone buying a second home is probably in the 39 percent tax bracket (otherwise, they most likely can’t afford a vacation home).

So let’s say they are buying that $1 million beachfront home, getting an $800,000 mortgage.

Now, under the new law, they can’t deduct that interest. So maybe they can no longer afford $60,000 a year in second-home payments. If they can only afford that effective $36,000 per year that they were paying under current law, their buying power just got slashed by about 40 percent.

Maybe they’re rich enough, or they’re getting a tax break in this bill in some other way that allows them to buy that same $1 million home even without the tax deduction. So maybe you won’t see a big hit in your second-home prices. But maybe you will.

Here’s what’s also kind of strange — on top of all these disincentives to buy or sell a home, the tax bill simultaneously creates or preserves a number of advantages for owning investment property. In other words, the tax bill is bad for homeowners but not for real estate investors. Odd, right?

Here’s what I mean:

That’s because investment property deductions for interest or taxes are not itemized deductions. Rather, they’re deductions in computing net rental income.

Second, the bill preserves many other tax advantages for investment real estate: the deductibility of maintenance costs and depreciation, the like-kind exchanges and so on.

Third, one of the major tax changes in the bill — conferring a 25 percent tax rate on so-called “pass-through businesses” — could reduce the tax rate for passive real estate investors who buy and manage buildings through LLCs or partnerships, which is almost all of them.

The new tax bill is only bad if you’re a:

I don’t know … that seems like a lot of people.

Finally, you might say, “well, this might be bad for me personally, but I’m a patriot, so if it’s good for the country I’m for it!” OK, I get it. I agree. I’d be willing to make sacrifices if I felt that they went to the common good.

But why are we the only ones who have to be patriots? And why are we making sacrifices for all these other people, who seem to be doing pretty OK right now:

Yes, you could argue that, depending on their personal situation, certain middle-income taxpayers might get a small tax cut, maybe a few hundred dollars.

But on balance, they’re not going to come out ahead if they’re homeowners, or buying a home, or selling a home, or working in the real estate industry.

Again, this is not about politics. I’m not saying this tax reform is bad for housing because it’s a Republican bill. When President Obama and a Democratic congress passed the Home Buyer Tax Credit in 2008, I was highly critical of a number of its restrictive provisions.

I do politics on my own time. When it comes to my day job, I only care about the facts and how they impact my industry, my business, my workforce and my clients.

And the fact is this is not a good tax bill for real estate and housing.

Joe Rand is the chief creative officer of Better Homes and Gardens Real Estate — Rand Realty, a real estate brokerage in New York City’s northern suburbs, and the author of the forthcoming book Disruptors, Discounters, and Doubters: Five Changes the Real Estate Industry Needs to Make for a Client-Centric World.

Types of Commercial leases
What Is Building Information Modeling? 7 Stories That Illustrate the Best of BIM