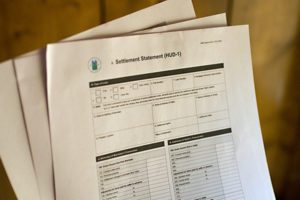 While August 1 may still be six months away, now is the time to start thinking about the RESPA/TILA changes that will go into effect on that date. There will no longer be Good Faith Estimates (GFEs) or Truth in Lending disclosures. Those two forms have been combined into a single “Loan Estimate” or “LE.” However, this new form is not really an estimate in many respects since lenders will be held accountable to the exact charges listed and come within 10% on many of the others. Also, the estimate must be given within three days after six items of information are collected: The consumer’s name, income, Social Security Number, address of the property, estimated value of the property, and the loan amount. Since there is no “catch all” seventh item lenders will either collect less information up front or they will have to issue loan estimates fairly early in the process.

The other major form change is that the HUD-1 Settlement Statement is being replaced by the “Closing Disclosure” or “CD.” In many ways the CD will rehash the items on the LE so a consumer can compare. It will also serve the functions of the HUD-1 as a memorialization of the settlement. The biggest change is that it must be delivered to the consumer a full three days prior to closing and if there are changes during that the three day period, the closing could be delayed.

The Consumer Financial Protection Bureau (the Bureau) tried to give industry leeway by saying that only a change in major loan terms would trigger a new three day waiting period. However, the Bureau also made it clear that lenders would essentially be liable for the documents including the CD. As such, lenders are taking a conservative approach for good reason: a loan that has a potential RESPA/TILA error will at a minimum be difficult to sell on the secondary market. So lenders are not going to be very tolerant of last minute changes.

Real estate and other industry professionals should no longer expect to be able to make last minute changes at the closing. They should prepare their clients for this as well. A good rule of thumb is if you want to close on September 30th, make sure everything is ready on September 23rd. Some may point to the “bona fide financial emergency” exception and feel this is a way around the three day rule. However, the bona fide emergency must be a serious emergency – not losing a locked in interest rate for example but rather more like one will be bankrupt if the deal does not close. And it will have to be put it in writing in one’s own words, not a form letter. Even then, it will have to be approved by the lender and given the way loans are actually made and closed, the ultimate lender will likely not be present at the closing so this approval (and approval of any other changes for that matter) will not be quick, if it comes at all.

The Bureau wanted to make more dramatic changes to the settlement process but heeded many of the warnings of the National Association of REALTORS® and others. Nevertheless, the changes they did make will transform the settlement process and require adaptation and planning to avoid a bumpy transition. NAR is continuing to work to educate its members and their customers. NAR is also working with the Bureau and industry to ensure that clarifications and corrections are made as we implement this important new rule.