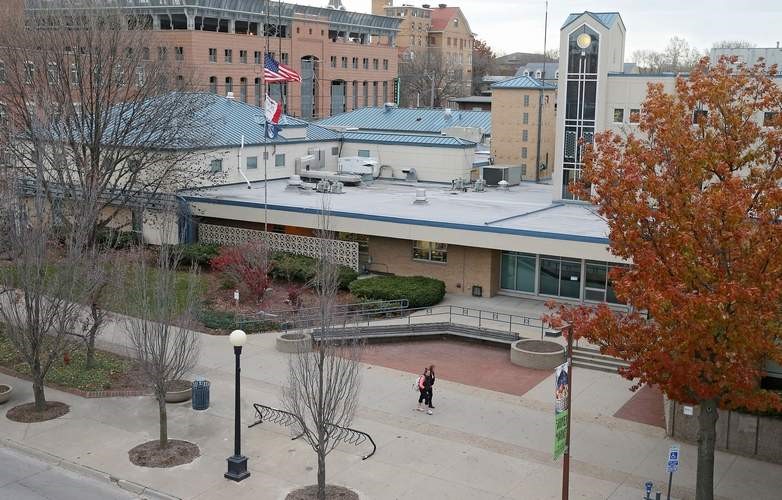 7-story building with 36 micro-apartments is planned

IOWA CITY — The Iowa City Council gave a boost to a workforce housing development Tuesday, following a process that cut the size of the proposed building in half.

The council voted 7-0 to provide Workforce Housing Tax Credit support for seven-story micro-apartment residential and commercial structure planned for 7 S. Linn St. To apply for the tax credit, the Iowa Economic Development Authority requires developer Monark LLC to secure a minimum of $1,000 per unit support from the city for the project’s proposed 36 units.

The development plans include commercial space on the first floor and apartments targeted for graduate students, professionals or retirees, according to a memo sent to the council from Tracy Hightshoe, neighborhood services coordinator. The building would include 24 studio apartments at 300 square feet each and 12 one-bed apartments at 500 square feet.

“I do see the need here, just with talking with folks in my particular age demographic,” said council member Kingsley Botchway II. “I think that this is a great kind of affordable housing for a workforce standpoint.”

Tuesday wasn’t the first time a resolution for the project came in front of the council. The first proposal was for a 14-story building that needed workforce tax credit support for 72 units and failed 4-3 with some citing concerns about a lack of parking, among other issues.

Member Terry Dickens also spoke out in the support Tuesday of the older proposal that was already shot down last summer. Botchway was the third vote in support of the 14-story structure in June.

Monark LLC and Managing Partner Kevin Monson submitted his original proposal for the 14-story structure and an alternative seven-story plan for consideration by the Board of Adjustment. Last month, the board approved parking exemptions and required the exterior designs to be subject to Design Review Committee approval, according to the memo.

“It generated comparisons or alternatives. Rather than the council and community being presented with one option, we had two,” said council member John Thomas. “It will be a significant improvement to the downtown.”

John Yapp, development services coordinator, said 18 parking spaces would’ve been required for the building but the Board of Adjustment waived the requirement, which is half as many parking spaces per residential unit, because of the small size of the lot. Monark will, however, have to pay a fee in lieu of the waived parking spaces.

The money for the project either could come from the city’s general fund or a form of tax abatement, Hightshoe said.

The IEDA does not put rental or income restriction on its workforce housing projects, according to the memo. However, it does require the cost per unit is $200,000 or less with the hopes of targeting middle-income households.

What does President Trump mean for the housing market?
Fed to hike interest rates next week while ignoring the elephant in the room