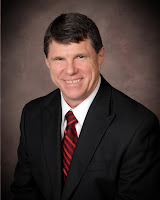 In 2007 the real estate housing bubble burst followed by the collapse of the financial markets supporting unsustainably high market real estate prices.  The Iowa City area is a unique metropolitan area largely due to the strong and stable influence of the University of Iowa and the University of Iowa Hospitals and Clinics combined with the isolated nature of the local economy.  There are salaries and payments originating from the Federal Government and entering our market and much of it stays here.  It’s known as basic employment and like a community with a large industrial or manufacturing plant, it benefits the entire community and insulates it from regional and national trends to a degree.

The national recession that followed resulted in increased unemployment, falling real estate prices, erosion of buyer and investor confidence and increased federal regulation of many things, including the mortgage lending process. Flood of 2008 On June 16, 2008 this area also was inundated by an epic 500-year flood that flooded businesses, homes and many University of Iowa landmark buildings causing dislocation, turmoil, and economic hardship. The cost to the City, its residents and the University is estimated to be near $1 Billion Dollars. As the result of this event, there was the “big move around” in 2008 where displaced business relocated en mass creating a mini real estate leasing boom in the middle of the flood calamity and the real estate meltdown of 2008.  In addition to this “mini boom”, the federal government in the form of FEMA reimbursement, insurance and emergency programs has reimbursed, or will reimburse, approximately 85% of the loss or a staggering $850,000,000 of new money entering our community.  This counter balance is difficult to analyze and creates an uncertain economic environment, which is at the heart of the investment real estate market dilemma.  Many individuals lost wealth, but with the redistribution of wealth from FEMA, insurance and government programs, the net overall result was minor.

Retail sales is a measure of residents expectations and feeling of well-being.  Discretionary spending shows a snapshot into consumer’s ability to spend, and willingness to spend.  Greater spending equals faith in the future.  This is an oversimplification, but and interesting statistic nevertheless.  Note that spending is increasing steadily by 5% per year from 2005 to 2009, and then falls 15% in 2010.  It seems that confidence has returned in 2011 and we’re spending away.  Figures aren’t in for 2012 so we cannot really declare a trend. Real Estate Sales Residential sales prices and volume of sales are good indicators for the Iowa City area.  These indicators often demonstrate how isolated, or insulated our market is.  Largely due to the University of Iowa and the University of Iowa Hospitals and Clinics (UIHC) many home buyers are brought to the area to purchase homes and many are sent

away and must sell homes creating an active market. Sales prices normally increase by about 4% per year as a benchmark and there are normally around 2,600 homes sold. This trend continued through 2007, then fell about 5% to 2005 levels in 2008 through 2010, then picked back up in 2010 to a new high average price in 2012 (YTD).  The volume of homes sold is even more telling.  In the great home sales meltdown of 2007, sales only fell by just 300 units per year or about 10% and in 2011 the volume is back up to 2007 levels.  The 2012 figure in the chart is a YTD figure, so we anticipate 2012 to be up to around 2600 units sold as well.  Commercial sales numbers are interesting as well.  They represent a small statistical pool, but the trend line is decreasing steadily since 2007.

With small numbers conclusions are risky to make, but I’ll go on a limb and suggest that unlike residential sales, commercial sales are more confidence driven than need driven.  Some commercial sales would represent business revocations, but some would be investment sales. In an uncertain market investors would rather earn 0% holding cash, than risk losing principal with unknown future value fluctuations. Another very telling statistic is the number of commercial land sales from 2005 through 2012. Commercial Land Sales

Commercial land buyers are anticipating future stability, profit and growth. Land for commercial development is the first thing we lose and the last to come back to the commercial real estate market when there are economic problems. Note that in 2005 there are 31 land sales followed by 22 in 2006.  Sales drop by 2/3 and remain there through the present time. I believe this one chart tells us more about the buyer / developer confidence in this area than even investment sales tells us. Land buyers are on the sidelines waiting for confidence and stability in the market to return. Building Permits

Now look at building permits.  There is a lag time for permits because construction projects are planned months or years in advance.  Builders need to assemble partnerships, plans and land financing in response to the latest market conditions.  Changing plans can be like turning an oil tanker as many of the planning stages are set and not easily altered.  Note that residential building permits for homes in Johnson County have steadily decreased from 160 in 2005 to just 80 in 2011.  The numbers are not in yet for 2012, but I suspect they will follow the trend line and be around 60 units.  These influences are similar to commercial land purchases, but are easier to change.  New home sales are also fluctuating with overall sales and the absorption of existing homes.  Since the number of homes sold are down about 10% from the peak in 2007, the first to sell are typically existing homes as sellers can reduce prices simpler than new home builders can.

Commercial building permits are interesting to analyze, but with small data sets with single digit numbers, conclusions are somewhat subjective.  Permit numbers are relatively steady and upward sloping until 2009 where they are dramatically reduced.  Both industrial and commercial building permits are 4 each for Johnson County and we will just have to wait and see what the 2012 data tells us.  I suspect it will be steady with modest, if any increase. General Market Indicators

The last category to consider are general market indicators.  I have charted the consumer price index against the prime rate and lastly, the Johnson County unemployment rate.  These charts make us happy to live in the Iowa City area and are the envy of many areas, but are still unusually bad for us.  The Prime Rate has been held down to 3.25% artificially by the Federal Reserve Board in response to the recession, but the Consumer Price Index (CPI) is a good responder to the entire economic climate including real estate sales and consumer spending. Finally, the Unemployment Rate is sort of where we came in.

There is great news nationally that double digit national unemployment rates have just recently come down to below 8%.  In Johnson County our usual unemployment rate around 2.5% has increased to just under 5%. Conclusion I have listed a lot of information with charts, graphs and explanations.  It is accurate and interesting information, but doesn’t lead to any clear and firm conclusions.  I believe we can, however glean some important trends from this information that will help understand the present commercial real estate market and predict future trends.  Conventional wisdom has expressed that there was a real estate driven meltdown in 2007 and we will have a recovery and move on as we were before.  I don’t believe this fairly states the reality of our situation.  Our community is less affected than many if not most areas of the country, but we are still subject to national changes in appraisal rules and national trends in financing:  Both are critical to a healthy real estate market. Investing in real estate has been made more difficult because even though there are historically low financing rates, loan terms require a 25% cash down payment and interest rates are typically reviewed after 5 years meaning there is concern about good current rates escalating when the current Fed controls are lifted and rates go to market levels. The overall market indicators such as CPI, Prime Rate and unemployment rates look positive and stable, yet improving.  The effects of uncertainty and national restraints from financing, appraisal rules and regional and national tenant / buyer goals have created a slow, cautious commercial market.  The general election looming in less than a month also introduces uncertainty in the market slowing the process even further. Instead of a recovery, as many people are waiting for, buyers and sellers, tenants and landlords are just getting use to this challenging market and are moving forward slowly, or at least making plans to move forward.  After the general election results are known, regardless of who wins, and after the Congress acts on extending the 2010 Tax Relief Act or changing the 2011 Budget Control Act to insure we don’t fall off the “fiscal cliff”, the commercial real estate market will start to normalize.  The main problem is not that rates are high, or the current market has prohibitive economics, the problem is that there is no path to the future.  Investors and business owners cannot predict the future with enough certainty to plan business operations. We are looking forward to more of the same tepid market we have experienced for Five years with improvement after the first of 2013 with steady increase in confidence and sales and leasing activity over the far term.Unknowns are, as stated, the fiscal cliff, the election, but also any new stimulus results along with the Federal Reserve monetary policy and interest rate supports. 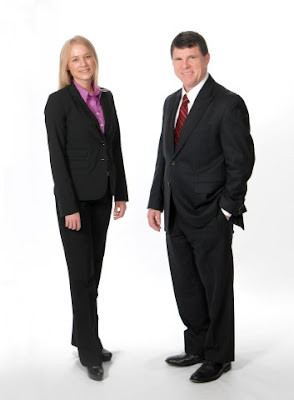 Jeff Edberg has been a commercial real estate broker for over 35 years and holds the distinguished CCIM and SIOR commercial real estate designations.He is a market leader in the Iowa City area and manages the Lepic Kroeger Commercial Group in    Iowa City. Rachel Barnes has been Jeff’s licensed assistant for over 7 years and is a CCIM candidate.Together they provide great real estate service in Johnson County.
(319) 331-6187 – Jeff
(319) 321-5108 – Rachel
www.icrealestate.com
Note:  All information is derived from sources deemed reliable, but is not guaranteed.