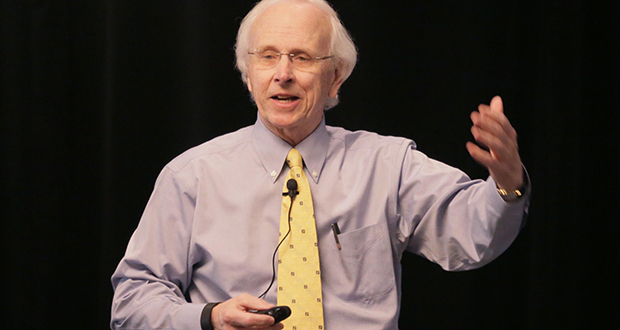 This prediction for 2018 commercial real estate may effect the Iowa City / coralville / North Liberty and other Johnson County Areas reports Jeff Edberg, CCIM, SIOR at Lepic Kroeger, Realtors in Iowa City.
A consultant who predicts a 2018 end to the current commercial real estate cycle says the industry will see fewer office and retail property sales, but more multifamily sales as millennials eschew homeownership.
Christopher Lee, president and CEO of Los Angeles-based commercial real estate consultancy CEL & Associates, said the industry shift is a based in part on “generational” factors. Those factors include younger workers spending less time in the office, a homeownership rate 10 points below a mid-2000s peak, and manufacturing productivity increases fueled by automation and robots.
Change is coming even as the commercial real estate market flourishes in the current post-recession boom, Lee told about 200 people gathered Tuesday for a NAIOP Minnesota event in Golden Valley.
“This is a great time to be in real estate, but you’ve got to be on your game,” Lee said. “We’re in the seventh inning. Our cycle is about to end.”
The most immediate trend the industry needs to address is the end of the current cycle, Lee said. He predicts an industry downturn will start in 2018 and won’t reverse until the next up cycle starts in 2023. By that point, he said, industry giants including CBRE will have grown through consolidation.
The current generation of brokers will see their work dictated more by data and analytics than by “intuition” and “gut feel.” That is a change from the current cycle, which Lee said has focused on “capital, asset and entity rebalancing” after the Great Recession.
NAIOP brought Lee in for the program to give its members a wider market perspective, said Mark Reiling, a member of NAIOP Minnesota’s board of directors and president of SR Realty Trust.
“It’s a wake-up call to hear there’s danger in the comfort zone,” he said in an interview.
Lee’s presentation, “Megashifts & Real Estate Cycles,” gave outlooks for each sector of the commercial real estate market.
Retail: The viability of property in this sector will be heavily impacted by internet retail sales expected to grow to $532 billion by 2020. Still, the sales volume of Minneapolis-area retail properties increased 25 percent between 2015 and 2016, bucking a national trend of decreasing sales, Lee said.
Office: Lee said office sales are slowing as users require less space. Space requirements for workers that sat at 350 square feet for baby boomers may drop to less than 100 square feet for the generation of workers following millennials, Generation Z. Office sales in the Minneapolis market dropped 12 percent between 2015 and 2016, Lee said.
Industrial: Sales in the Minneapolis market were down 23 percent between 2015 and 2016, Lee said. The number of manufacturing workers will drop in the future, he said, because automation and robots will reduce the need for human workers.
Multifamily: This sector has done the best recently and is “the darling of investment capital,” Lee said. Sales of multifamily properties increased 65 percent between 2015 and 2016 in the Minneapolis market, he said. Multifamily will remain strong as national homeownership drops to about 59 percent in the coming years from a peak of 69.2 percent in the mid-2000s, Lee said.
Event attendees had a range of reactions to Lee’s presentation. Mark Kolsrud, a senior vice president with the Minnetonka office of Colliers International, said he doesn’t need convincing that the end of the current cycle is coming. Commercial properties are currently leasing and selling at a premium, but those prices will “soften” over the next two years, he said.
Property owners, Kolsrud said, should take advantage of the market while it’s strong.
“I think it’s clear that today is a good time to be selling your real estate,” he said after the event.
Wayne Kuykendall, a vice president with Bloomington-based Frauenshuh, said he can already see building owners competing for tenants that need less space.
“If the market doesn’t expand, i.e. if the body count doesn’t expand, then everyone is trying to get a piece of the pie that is smaller and smaller,” he said.
Offering amenities such as transit access, child care, and on-site food service can help some older buildings compete with newer properties, Kuykendall said.
Coming real estate cycles will see the industry operate in new ways, Lee said. The next cycle, which he predicts lasting until 2028, will be marked by consolidations that put most transactions in the hands of just a few brokerage firms. A cycle between 2033 and 2038 will see transactions heavily influenced by artificial intelligence, and leasing in the oceans and in outer space, he said.

Online -vs- Brick and Mortar Retail Shopping: The Statistics
Corridor Business Journal Names LKR as One of the Best Places to Work!